Naxos is an island wich attracts people all over the world because it s not  a “fake” touristic resort but because it s real,full of life  place which can offer pleasure to its visitors thanks to the beautiful sandy beaches ,crowded or not (it s up to you!) , traditional mountainous or rural villages   ,long history which can be witnessed through the numerous archeological sites , Naxos town with the unique, still inhabited, castle ,Night life and most of all real authentic and hospitable people who are there to assist you,like us . When you are on holidays , the least you need are problems or misunderstandigs so let us help you so as to organize the perfect holidays , not just on Tour level , but we can also arrange

For these reasons and because of our willingness and devotion to do the best for you as well as our sense of  professionalism of our  staff we aren t just another tour company but your holiday planning assistants. Don t hesitate to contact us !

Naxos is the biggest and most fertile island in the Cyclades, famous for its rich history and beautiful architecture. According to mythology, Zeus, the king of gods grew up in Naxos, hidden away from the ferocity of his father, Cronus as well as his son Dionysus, the god of wine. Dionysus loved Naxos so much that he blessed  it with fertile land, full of vineyards, producing a wine of excellent taste and fine quality.

Naxos is also the place where Ariadne was abandoned by Theseus.  Theseus and Ariadne fell in love with each other so she decided to help her lover to kill the Minotaur of Crete by helping him to find his way out of the labyrinth where the Minotaur was kept and then they left. On their way back to Athens, they stopped for supplies on Naxos island. There, he left Ariadne because Dionysus fell madly in love with her. The God took the young girl to Mount Drios and, from their union, Oinopion (Wine Drinker), Staphylos (Grape) and Evanthi (Lovely Flower) were born. 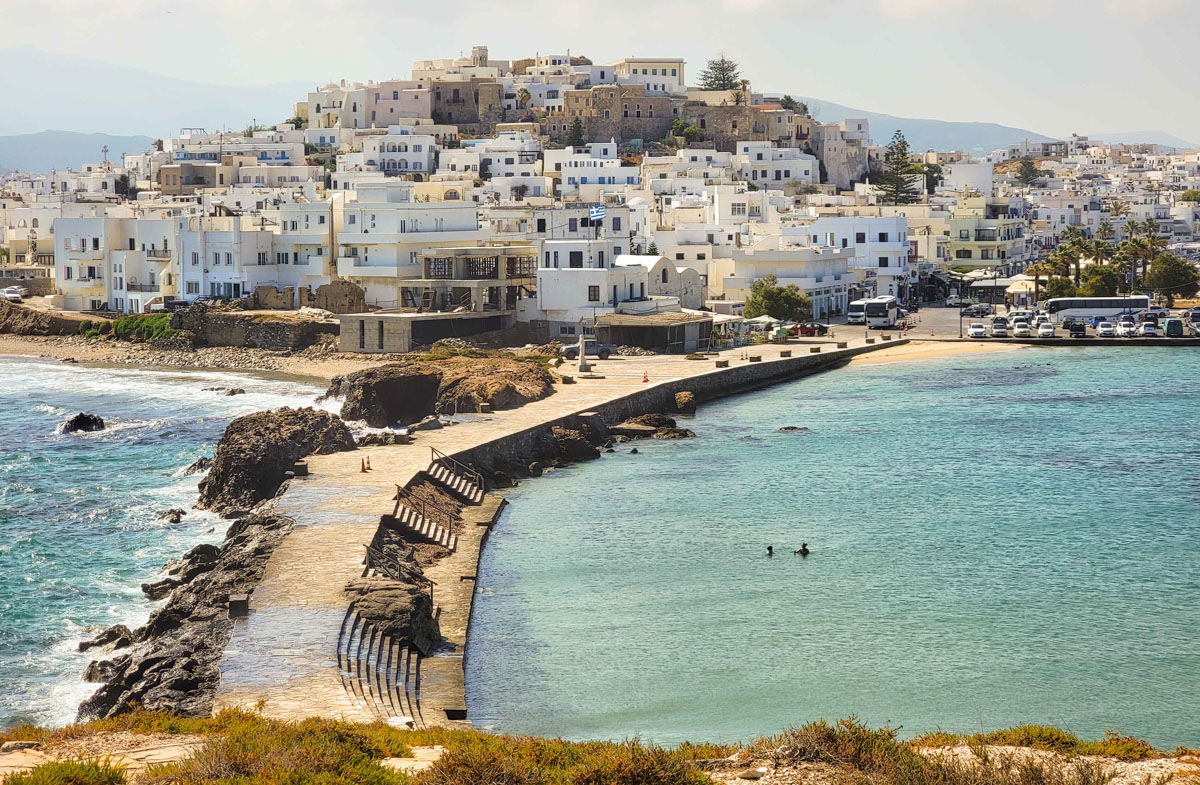 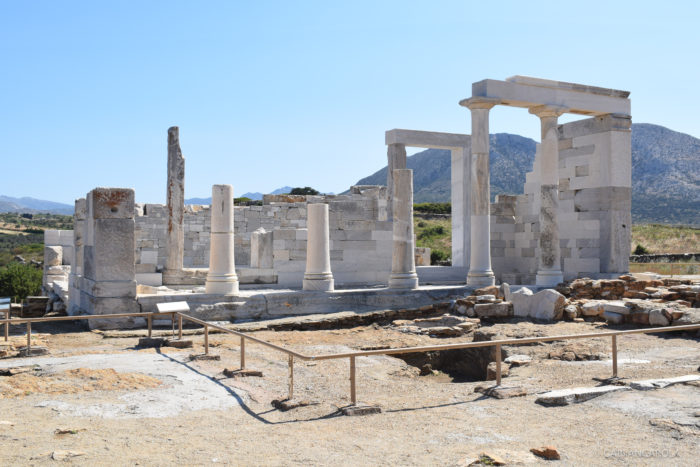 Historically, Naxos was the most important center of civilization of all the Cyclades during the ancient period, 4000-1000 BC. The Thracians were the first inhabitants in Naxos who remained for two centuries until the Carians took control of the island. Their leader’s name was Naxos and he named the island after him.Then the island was dominated by the Ionians who contributed to the development and growth of Naxos, with the sea trading which brought wealth during the 7th century BC.Then we had the Persian invasion which was disastrous for the local economy and the people. Along came the Peloponnesian War , during which the Athenians lost from the Spartans taking under control of the island. Then, Naxos felt under a succession of authorities which were the Macedonian Empire, the Ptolemy of Egypt, the Rhodians and, in 41 BC, the Roman Empire. Christianity appeared on the island during the 1st century AD.

There are plenty of monuments worth visiting from the era starting from the island’s trademark ,Portara or Demeter temple and Dionysos temple at Iria.

A significant historical period was the Byzantine times where The Byzantines (Eastern Roman Empire) also built a series of fortifications on the island. One such example is built atop a low but inaccessible hill on the island’s northern end. It is the Kalogeros Kastro (Monks Castle). Another, the Apano Kastro (Upper Castle) is located west of the Tragea plain. And yet another, the Apalirou Castle is located in central Naxos, built atop a sheer slope; the island’s capital during the Byzantine era, was positioned at its foothills to have access to arable land.

Today, there are more than 500 churches on the island. The fortified monastery of Fotodotis Christos (Lightgiving Christ) on the outskirts of Danakos, Panagia Drosiani near Moni and Panagia Protothroni near Halki are important monuments of the Early Christian period. 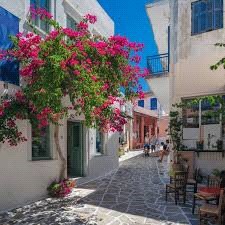 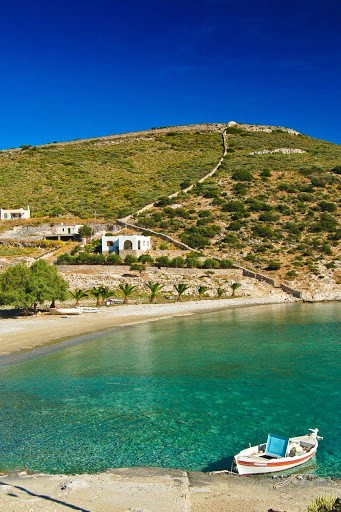 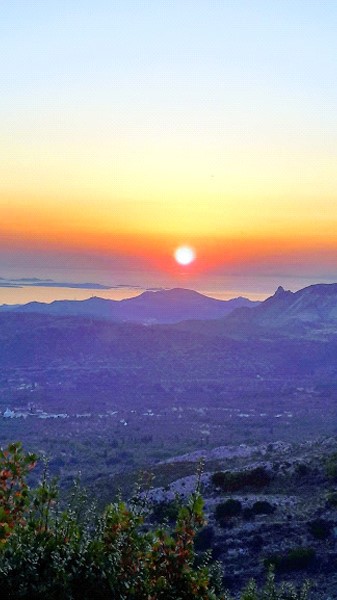 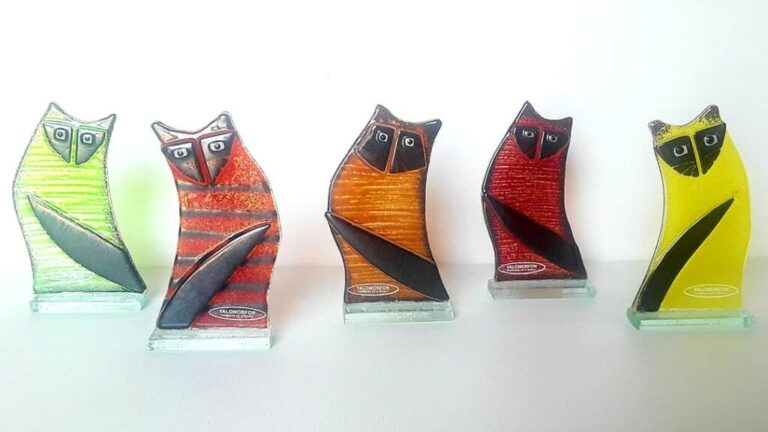 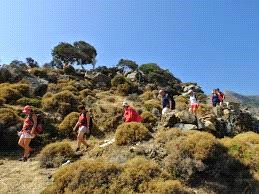 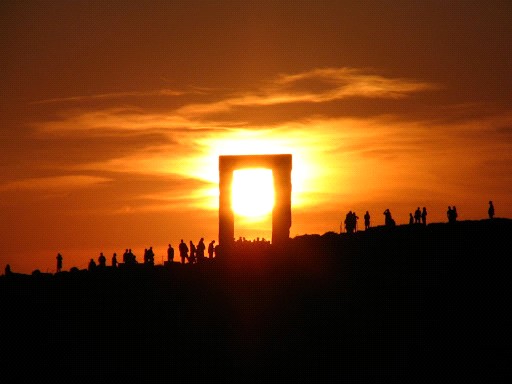 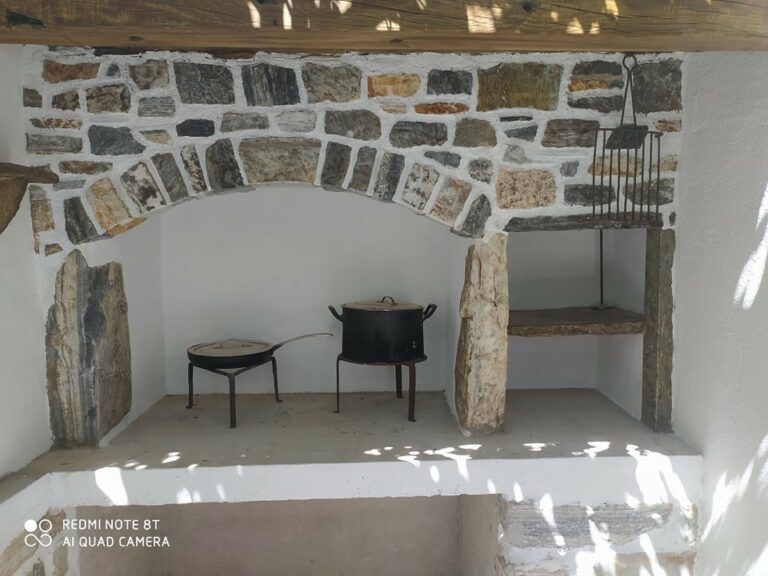